This webinar discusses the value of human milk for both term and premature infants and the importance of mother’s own milk (MOM) vs donor human milk (DHM) especially for the vulnerable infant population. 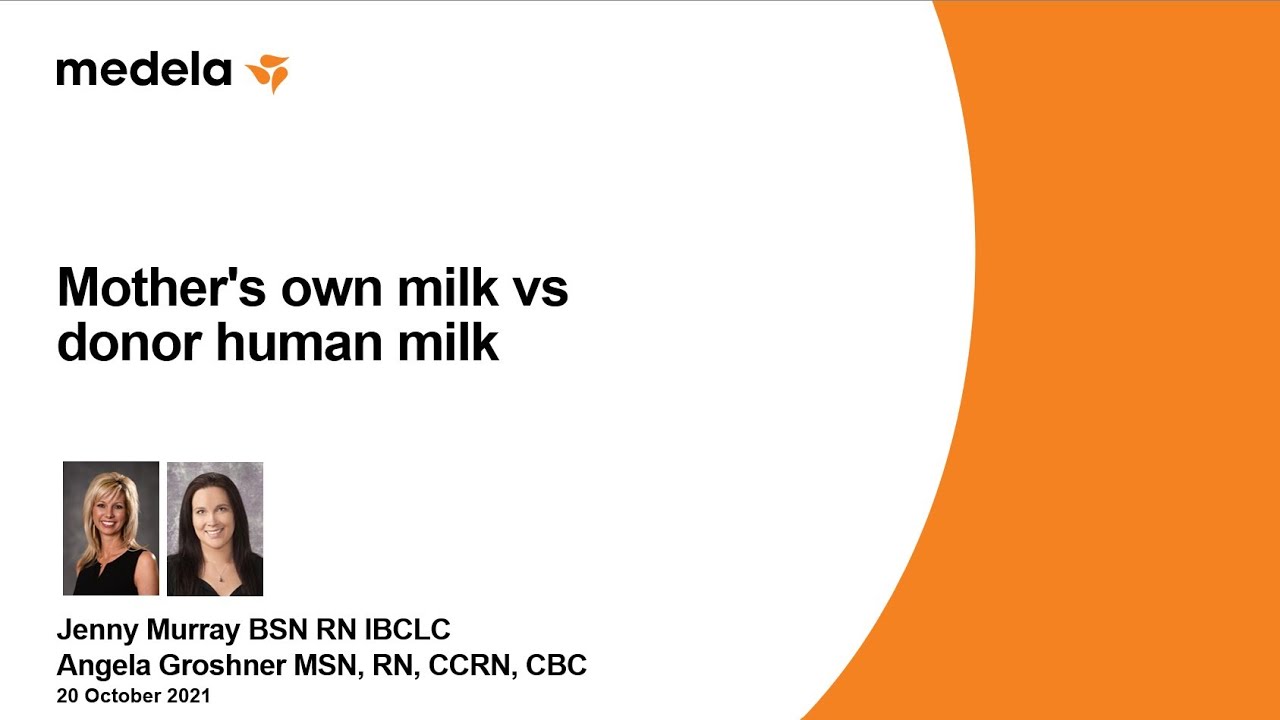 It focuses on the importance of initiating, building, and maintaining sufficient volumes of MOM.  This is an effort to reduce economic impact as well as concerns with DHM use, which will also be reviewed. Education and support for the clinical professional as well as for the family will be offered.

Jenny Murray, BSN, RN, IBCLC began her career over 20 years ago as a neonatal nurse in neonatal intensive care. She has since served in a variety of nursing leadership roles within the NICU. Her experience in those roles has driven her love for education and research, especially educating and supporting clinicians in the advancing, innovative world of neonatology. Jenny currently works as a Clinical NICU Specialist for Medela LLC.

Angela Groshner, MSN, RN, CCRN, CBC, began her career 11 years ago in neonatal intensive care. She has been a neonatal nurse for the past 9 years and has served in nursing leadership roles within the NICU. Angela also provided community nursing for low income pregnant women, and children birth to three years, if effort to promote healthy prenatal outcomes and improve the development of young children. Her experience in those roles has driven her love for improving clinical practice and educating clinicians, especially as it relates to advancements in practice and outcomes in the neonatal population.  Angela currently works as a Clinical NICU Specialist for Medela LLC.